The following are mentors for the Conducting Workshop on 26th June 2019. If you prefer to work with a particular mentor, please inform Roland during the application process.

See below for their photo and biography.

To go back to the Conducting Programs 2019 page click here. 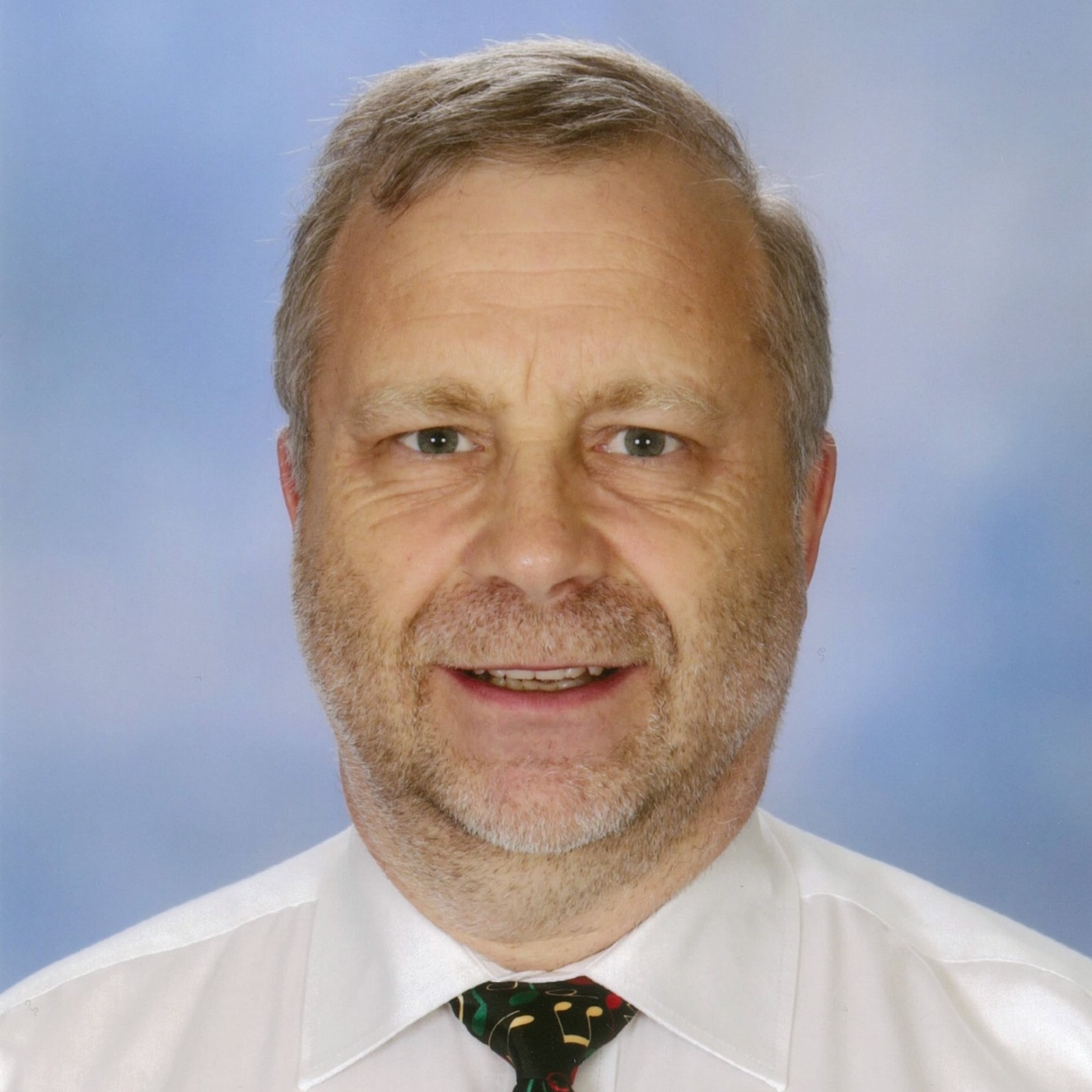 Andrew was presented with an Excellence Award by the Australian Band and Orchestra Directors’ Association. This award celebrates Andrew’s contribution over many decades to “outstanding work as an ensemble director” in the school and wider community and his mentoring throughout the state of Victoria especially in the field of conducting ensembles and rehearsal techniques.

Andrew holds a Bachelor of Education degree from The University of Melbourne Institute of Education and is a member of the Association of Music Educators and a Friend of the Percy Grainger Museum. Through the Australian Band and Orchestra Association, he has been involved with teacher education, organising and presenting workshops on conducting technique and band literature. For many years, he has worked closely with many overseas conductors whilst in Australia such as Dr. Craig Kirchhoff, University of Minnesota and Dr. David Waybright, University of Florida.

He is also in demand as a conducting teacher and guest conductor of camps and workshops. He has been one of the adjudicators for the Royal South Street Society Concert Band Eisteddfod and conducting mentor for the Victorian Schools Music Festival in the past few years.

Andrew has been teaching with the Department of Education for 28 years and is currently Assistant Director of Music at Viewbank College where he teaches VCE music, music performance, music technology, general classroom music (Years 7-8) and directs several ensembles including the band for the school musical “Singin’ in the Rain”. He has been Producer and/or Musical Director for school and community musical theatre productions for 34 years.

Andrew has been associated with the Manningham Concert Band for 35 years, initially as a player of various instruments, then for several years as Assistant Conductor. For the last 22 years he has been Musical Director and has received the Menzies Australia Day Community award and the Victorian Bands League Merit award for service to community music. 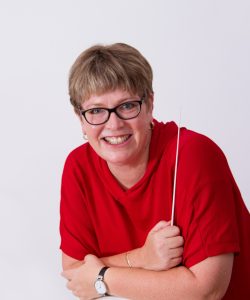 Jenny is currently Musical Director of the Essendon Symphony where she has been conductor since 2008. In 2016 she founded and is Musical Director of the West Melbourne Schools Orchestra a group that is growing and improving rapidly. Jenny has conducted some of Melbourne’s leading ensembles including the Zelman Symphony, Ballarat Symphony, Melbourne University Biomedical Students orchestra and Hopkins Sinfonia. Jenny is a regular conductor for Melbourne Youth Orchestras Summer School and in 2016 she was rehearsal conductor for Opera NZ’s season of Sweeney Todd.

Jenny was honoured to be the inaugural recipient of the Rosemary and John Hopkins Award in 2015 when she also completed her Masters of Music specialising in orchestral conducting at The University of Melbourne under Benjamin Northey.

She founded Noteable Music Education Resources in 2006. As Managing Director, she has written and published ten resources for classroom music teachers, including interactive digital resources. Jenny is a regular presenter of workshops at national music education conferences throughout Australia. She adjudicates for the Victorian School Music Festival and at the National Brass Band Championships.

During her music career Jenny has worked as a professional trombonist with the Royal New Zealand Navy Band, performed on stage with Randy Breaker, Arturo Sandoval, Robin Eubanks and Rob McConnell during her time studying in America, and toured extensively throughout the west coast of the USA and recorded with Ska Band ‘Ruder Than You’. 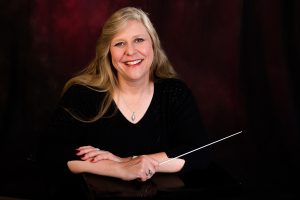 Joanne has worked as a music educator in many varied environments in Australia and in the USA.  She completed a Bachelor of Education – Music and a Postgraduate Diploma in Education Studies at the University of Melbourne. Joanne then received a scholarship to complete a Masters of Music majoring in Conducting Performance at the University of Utah, USA. Before returning to Australia, Joanne undertook the position of Band Director at Eastmont Middle School at Sandy, Utah.

Joanne is in demand as an adjudicator, conductor, guest lecturer and educative consultant in the USA and Australia and was recently appointed Head of Bands at Haileybury College in Melbourne.  In 2001 Joanne served as the music education representative for the curriculum writing project; Schools to Careers for the Utah State Office of Education. Joanne has been a guest lecturer and conductor at Monash University and The University of Melbourne.  In 2000 she was awarded the Jordan Education Foundation’s Outstanding Educator of the Year for her work in Utah schools, and in February 2017 she was honoured with an ABODA Victoria Excellence in Music Education award. Joanne was invited to be a guest conductor of the Southern Mississippi University Honor Band in February 2007, clinician at the 2012 Mid-West Band and Orchestra Clinic in Chicago, guest conductor of the Interscholastic Association of Southeast Asian Schools Honour Band in Kuala Lumpur in 2014 and guest conductor for the Colorado State University, Pueblo, Festival of Winds in 2018. Appearances in 2019 include presentations for the World Association for Symphonic Bands and Ensembles in Spain, Oxford University International Conducting Studies Conference in Sydney and the Australian Society for Music Education conference in Perth.

Joanne is in the final stages of completing her Doctor of Musical Arts degree specialising in Wind Band Conducting at the Sydney Conservatorium of Music. Once awarded, Joanne will be the first recipient to achieve this degree with a wind band focus at an Australian institution.

Ingrid Martin’s work as a conductor, clinician and curator is united by her vision to transform lives through the emotive power of music.

In demand internationally as a clinician, guest conductor and lecturer, she is renowned for her ability to lead ensembles to deeper, meaningful musical performances. Ingrid creates inspiring experiences for audiences and empowers musicians to find their unique artistic voice.

As Artistic Director of the Victorian Youth Symphony Orchestra and Crosswinds Ensemble, she leads innovative performances that fuse music with other art forms in unexpected venues – from an orchestra playing Ravel in a pub, to chamber winds performing Kurt Weill amongst renegade paintings at the Heide Museum of Modern Art.

Ingrid has served as Victorian State President of the Australian Band and Orchestra Directors’ Association (ABODA). She teaches conducting to graduate students at the University of Melbourne, provides individual tuition to hundreds of teachers, and professional development for conductors across the country. www.ingridmartin.com

Andrew has worked in music education for over 30 years with experience in both regional and metropolitan schools and across numerous government and independent school music programs in Victoria, NSW and Qld.

During a two-year stint in Michigan, USA, he completed a Masters in Music Performance and in more recent years has served as Director of Music, Blackburn High School and as Head of Music, Caulfield Grammar (Caulfield Campus).

Andrew has a particular interest in music performance and works regularly across jazz big bands, symphony orchestras and wind ensembles. He conceived and staged the 80th birthday celebrations for Australian jazz luminary, Don Burrows, which was filmed by ABC-TV and drew major musical figures from several states.

He has been a board member of Melbourne Youth Music, directed ensembles at many Summer Schools and previously served as Summer School Artistic Director. Andrew has also served as a member of the University of Melbourne’s Faculty of Music Board and on the AMEB Examinations Advisory Board, representing government schools.

Andrew continues to be very active in the field of Australian music education and creating opportunities for young musicians.