This page contains a brief note about the major work, links to the website of the Southern Voices, our guest choir, photo and biographies for our two soloists Daniel Tan and Stuart Newstead.

The feature work is The Genesis Suite by Tolga Kashif transcribed for symphonic band by Erik Somers. Our performance will be the Australian Premiere.

To perform with work, we are joined by Southern Voices directed by Sharon Batterham.

This is the second work by this creative team that The Grainger Wind Symphony has programmed. The first was Queen Symphony, a work inspired by iconic melodies of the UK rock group Queen.

The Genesis Suite is partly Kashif’s own composition and is partly based on music that the UK rock group Genesis has written over the years.

The music of Genesis fell into the 70s in the genre ‘symphonic rock’, and can lend themselves perfectly for arranging to ‘pure’ classical music. Kashif chose for his composition the Genesis era without Peter Gabriel. Dutch arranger Erik Somers transcribed five movements of the Suite for Symphonic Band.

The movement names are:

This concert is also an occasion when we will celebrate the 30th year of The Grainger Wind Symphony. Look for further announcements about this event.

2016 is the 30th anniversary of The Grainger Wind Symphony. This concert is a special concert featuring a major work with guest artists. At the concert, there will be some displays of past programs and posters to view. At an appropriate time there will a short speech by life member and music director Roland Yeung.

Hand made commemorative anniversary drink coasters made of natural stone are available for purchase. To view them Click here

The poster is on the a Post you see when you log on to our website. A hi-res version can also be downloaded using a link above.

The poster for this concert has raised a number of questions. A description by Tanya, the graphic designer from BatDesign, will help you understand it.

“You will see in the image references to the genesis songs (cymbal as a moon for Mad Man Moon; lyrics have references to the dry desert also, faded darkish sky for “Faded Lights”; the sea of water and violin in the bottle for “Undertow”, and a surrealistic landscape similar to the themes Genesis used on their cover art and also to represent “Land of Confusion”.

To go to the Concert 2 Program Notes – The Genesis Suite on this website for more details and links to videos that may be of interest. Click here 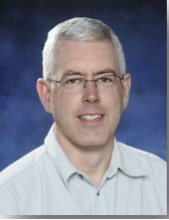 Like many of his Grainger Wind symphony colleagues, Stuart Newstead realised early on that working as a musician was a tenuous way to earn a living, and that as a music teacher he would just scare the students.

Instead he took on a main stream career as a scientist using his music as an engaging and rewarding hobby.

piano for over thirteen years with the late Mack Jost, following in the footsteps of Melbourne musical greats such as Paul Grabowsky and one Roland Yeung.

Although not rising to the lofty heights of Grabowsky (or even Yeung), Stuart was none the less successful in obtaining further post-nominals in the form of AMEB Licentiate and Trinity College London Fellowship level performance diplomas.

Stuart is a life member and percussion section manager of The Grainger Wind Symphony. 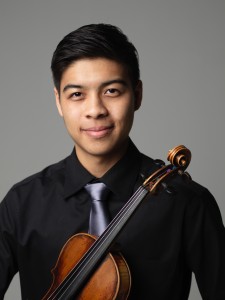 Australian-born violinist Daniel Tan began learning violin under the Suzuki method at the age of six with Chantal Jones. Currently, he is in his fourth year of a Bachelor of Music and Bachelor of Commerce at Monash University, studying violin with Elizabeth Sellars. In recognition of musical success, he has been recipient of numerous awards. These include the Monash Scholarship for Excellence, the Anna Chmiel Memorial Trust Fund Prize (for highest marks in practical string studies), the Dean’s Recognition Award (Arts), the Vice-Chancellor’s Concertmaster Scholarship and the Monash Elite Performer Scholarship Grant. Daniel has held principal and concertmaster positions in the Monash Academy Orchestra, Monash Sinfonia, Percy Grainger Youth Orchestra and Melbourne High School Symphony Orchestra. As a principal player of Monash Sinfonia, he has collaborated with musicians such as Paul Grabowsky, Paul Dyer (Australian Brandenburg Orchestra) and Eric Whitacre, appearing at the Port Fairy Spring Music Festival, Melbourne Recital Centre and Robert Blackwood Hall. Over the recent years, Daniel has given solo performances in Hamilton, and Mt Macedon whilst also appearing as a semi-finalist in the Kendall National Violin Competition. He has also performed in masterclasses for violin virtuoso Nemanja Radulovic and studied with Stephanie Chase and Cyrus Beroukhim whilst participating in a Summer Strings program at New York University