The Grainger Wind Symphony has been invited to perform at Penleigh & Essendon Grammar School in the auditorium of the H.R. Stevens Music Centre at our East Keilor Campus, enter off Rachelle Road, East Keilor. Our host is Peter Chaplin, director of music. The theme for our program is “Spring”.

The Grainger Wind Symphony conducted by Shane Walterfang our Associate Conductor will perform a short program alone, the school’s senior concert band conducted by Andrew Derrett will perform a program of their own and finally the two groups will combine on stage to perform two combined items.

The Grainger Wind Symphony conducted by Shane Walterfang will perform the following works.

The Rite of Spring Part 1 by Igor Stravinsky transcribed by Terry Vosbein. This transcription for wind ensemble was completed in 2012. To mark the 100th anniversary of Stravinsky’s The Rite of Spring originally ballet music for orchestra. Most are familiar with the riotous premiere at the Théatre des Champs-Elysées in Paris, when Serge Diahilev and the Ballet Russe unleashed this ground breaking work on the unsuspecting Parisian audience. Although concert goers are no longer shocked by this music, one hundred (and four) years later it is still as powerful as ever. Due to the instrumental forces required, a performance of The Rite can be a massive undertaking. However, Terry Vosbein’s transcription makes it possible for a modern wind band to present this work using standard instrumentation and fewer personnel, while still retaining all the grandeur of Stravinsky’s original. The GWS will be performing Part 1 of the two part work.

This link is to the publisher’s website and you can see a score and listen to recordings. http://www.kjos.com/detail.php?division=1&prod_id=WB434&table=product

Hounds of Spring by Alfred Reed. This is a concert overture for winds published in 1981. The poem “When the hounds of spring are on winter’s traces” was the inspiration for this concert band work. The poem is a magical picture of young love in springtime, forms the basis of this purely musical setting in traditional three-part overture form. This paean is an attempt to capture the twin elements of the poem: exuberant youthful gaiety and the sweetness of tender love, in an appropriate musical texture. The poem, a recreation in modern English verse of an ancient Greek tragedy, appeared in print in 1865, when the poet was 28 years old. It made Algernon Swinburne literally an overnight success.

When hounds of spring are on winter’s traces,
The mother of months in meadow or plain
Fills the shadows and windy places
With the lisp of leaves and ripple of rain.
and soft as lips that laugh and hide
The laughing leaves of the trees divide,
And screen from seeing and leave in sight
The god pursuing, the maiden hid.

This link is to a YouTube recording of the Tokyo Kosei Wind Orchestra performing the Houses of Spring. https://www.youtube.com/watch?v=0AKOu8NODUs 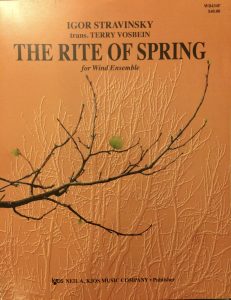 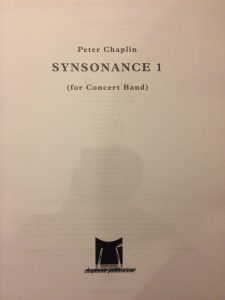