Scrolling slides of posters for each concert, with program details below. 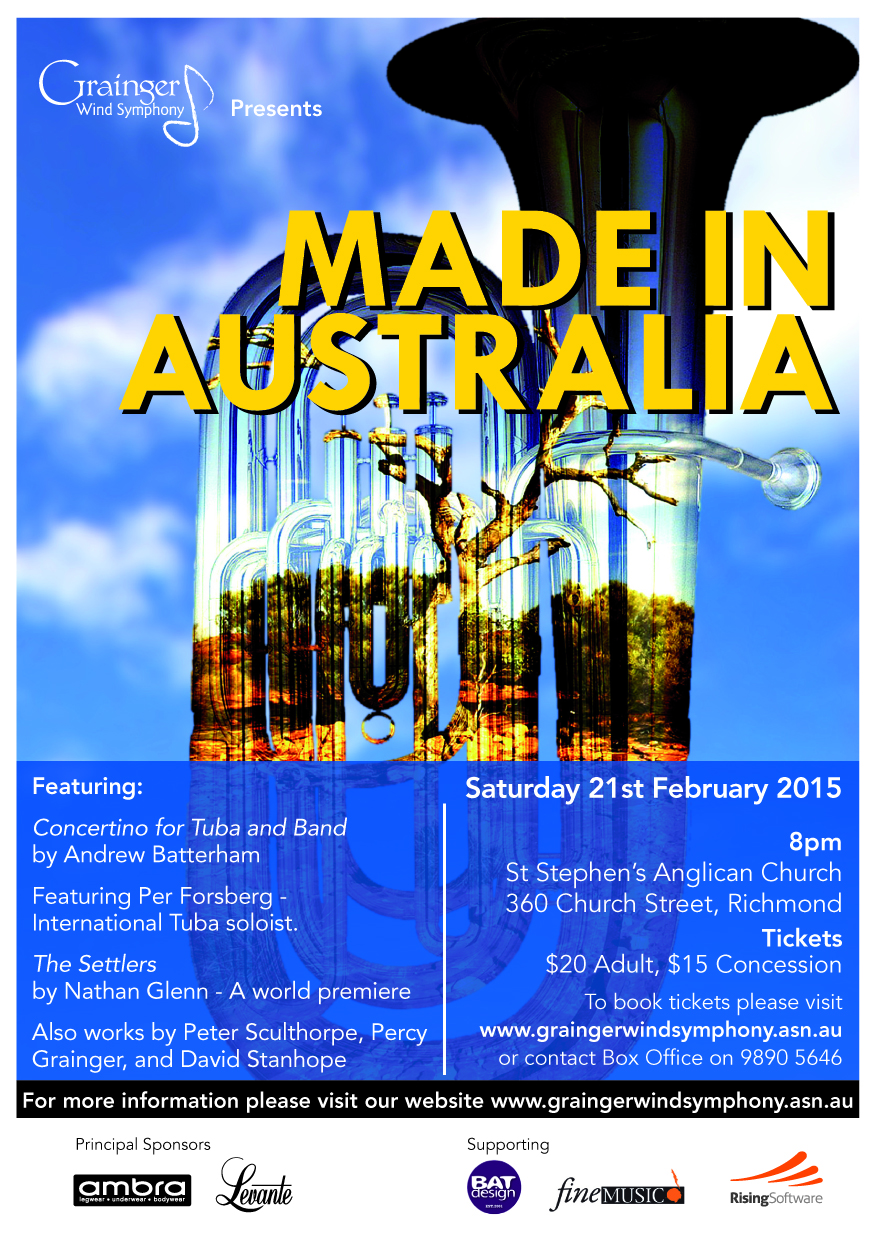 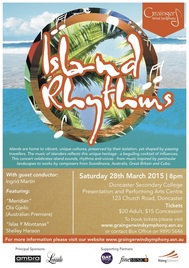 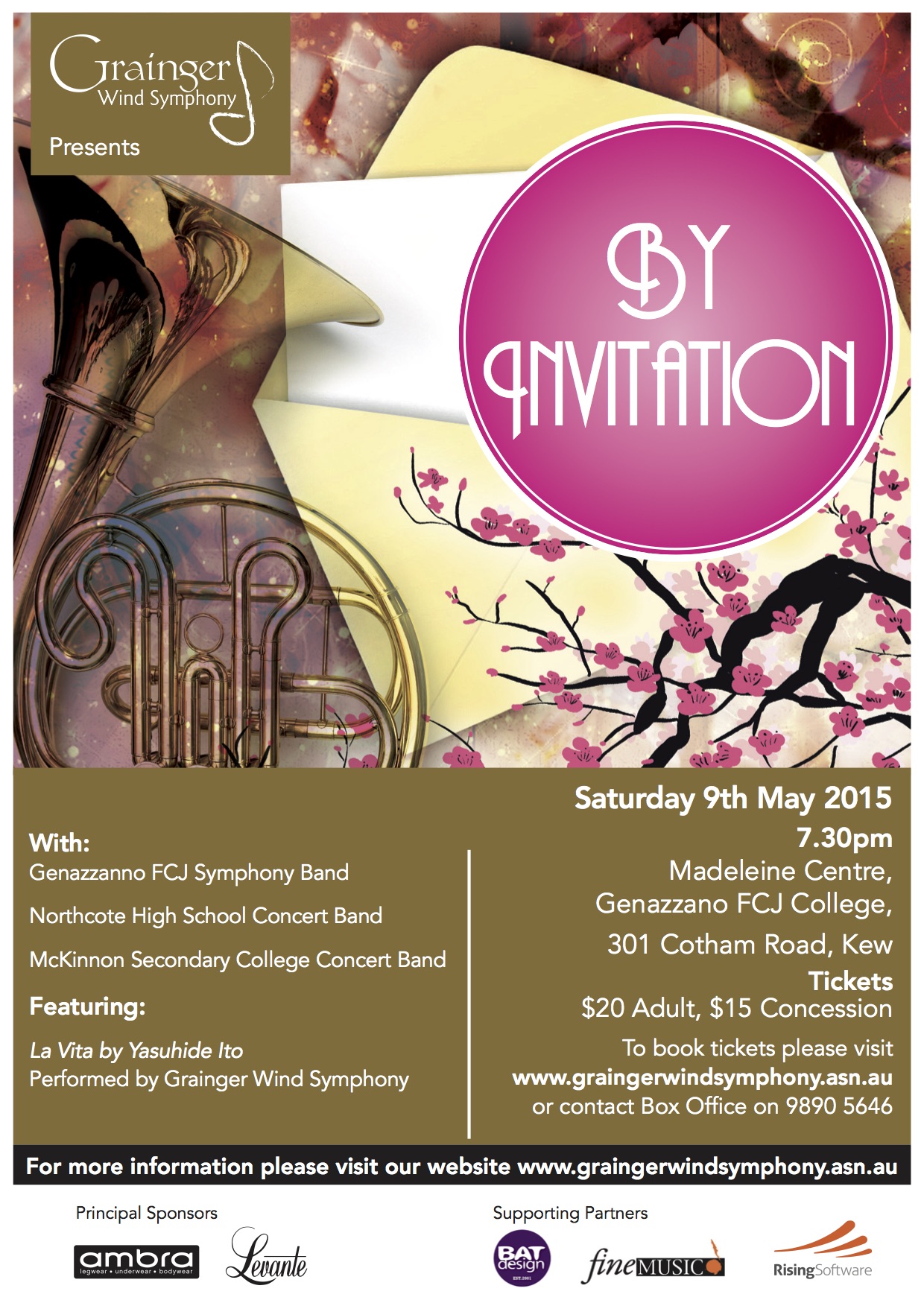 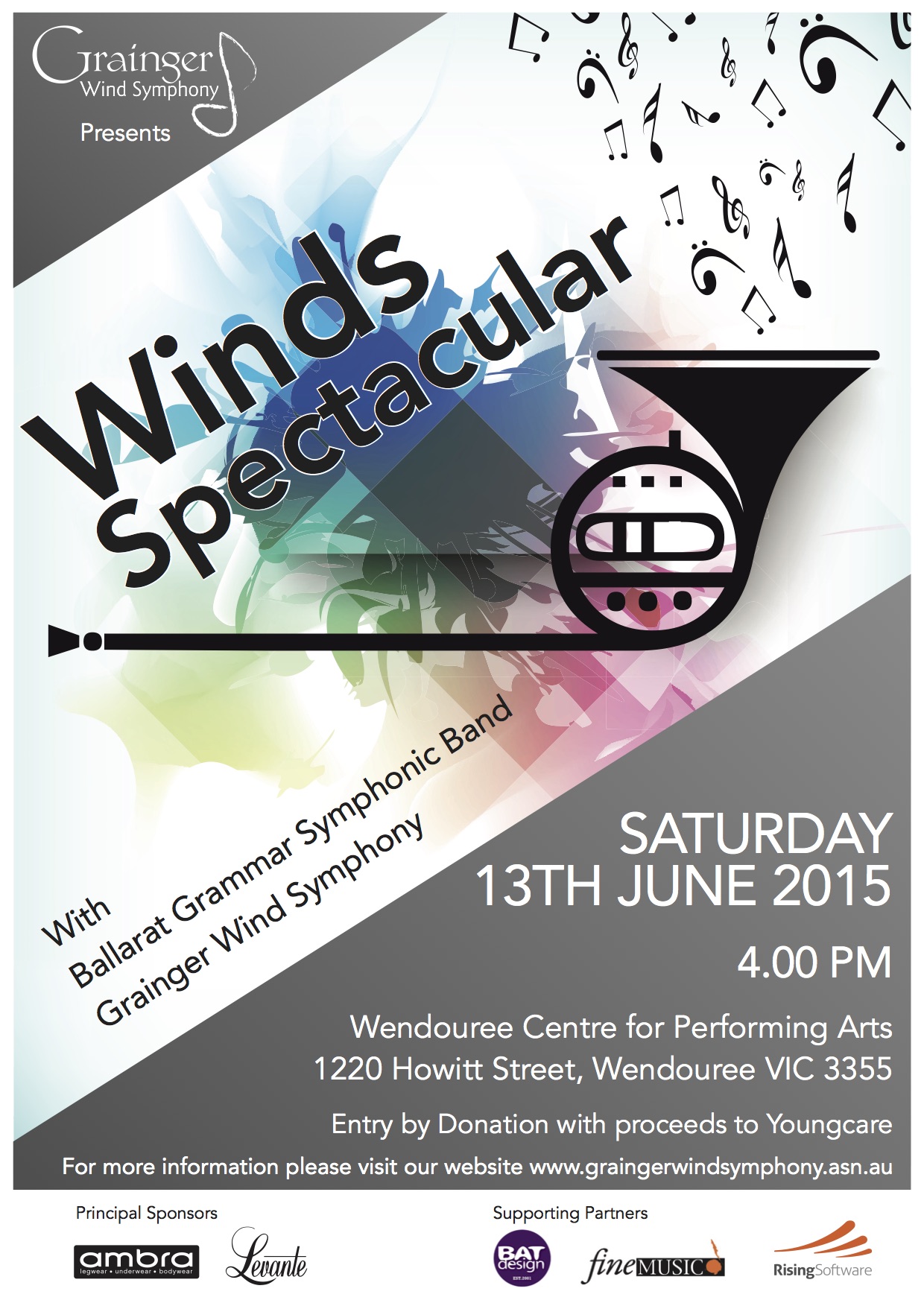 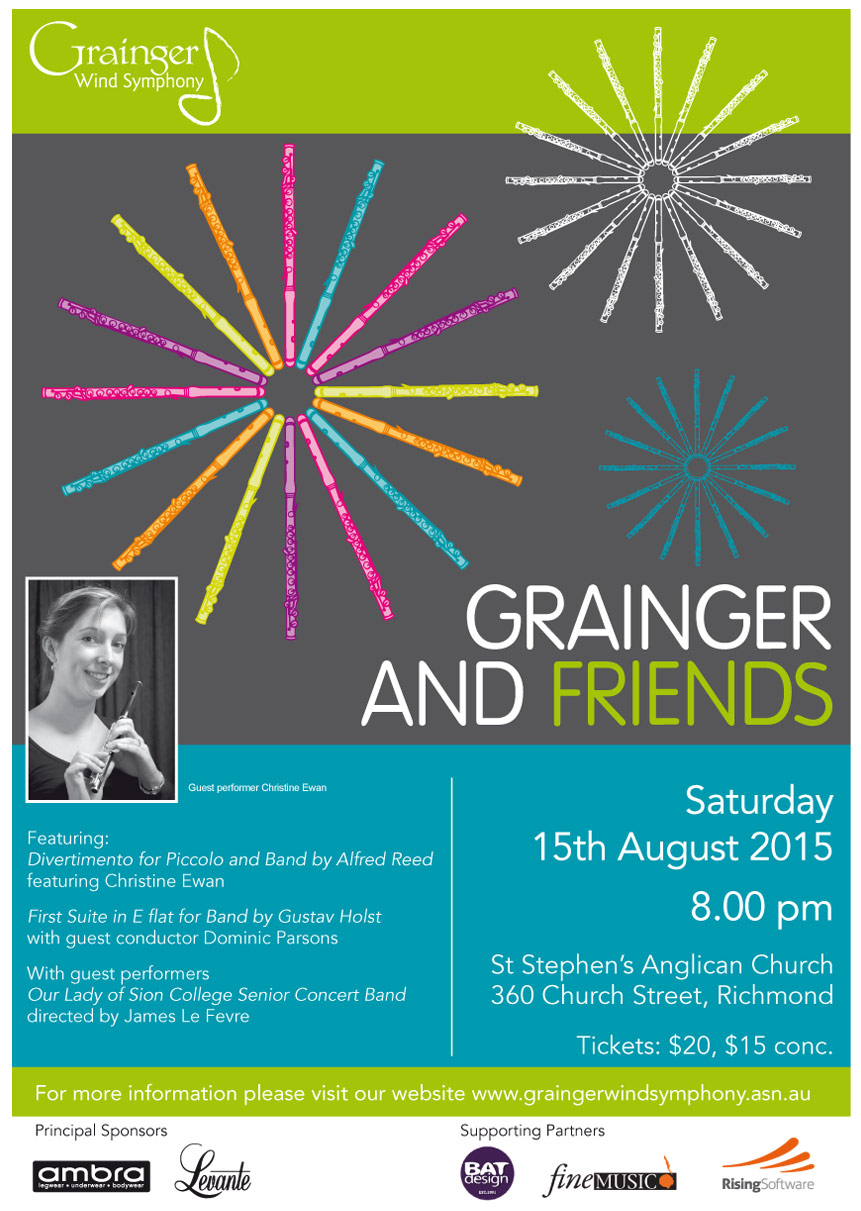 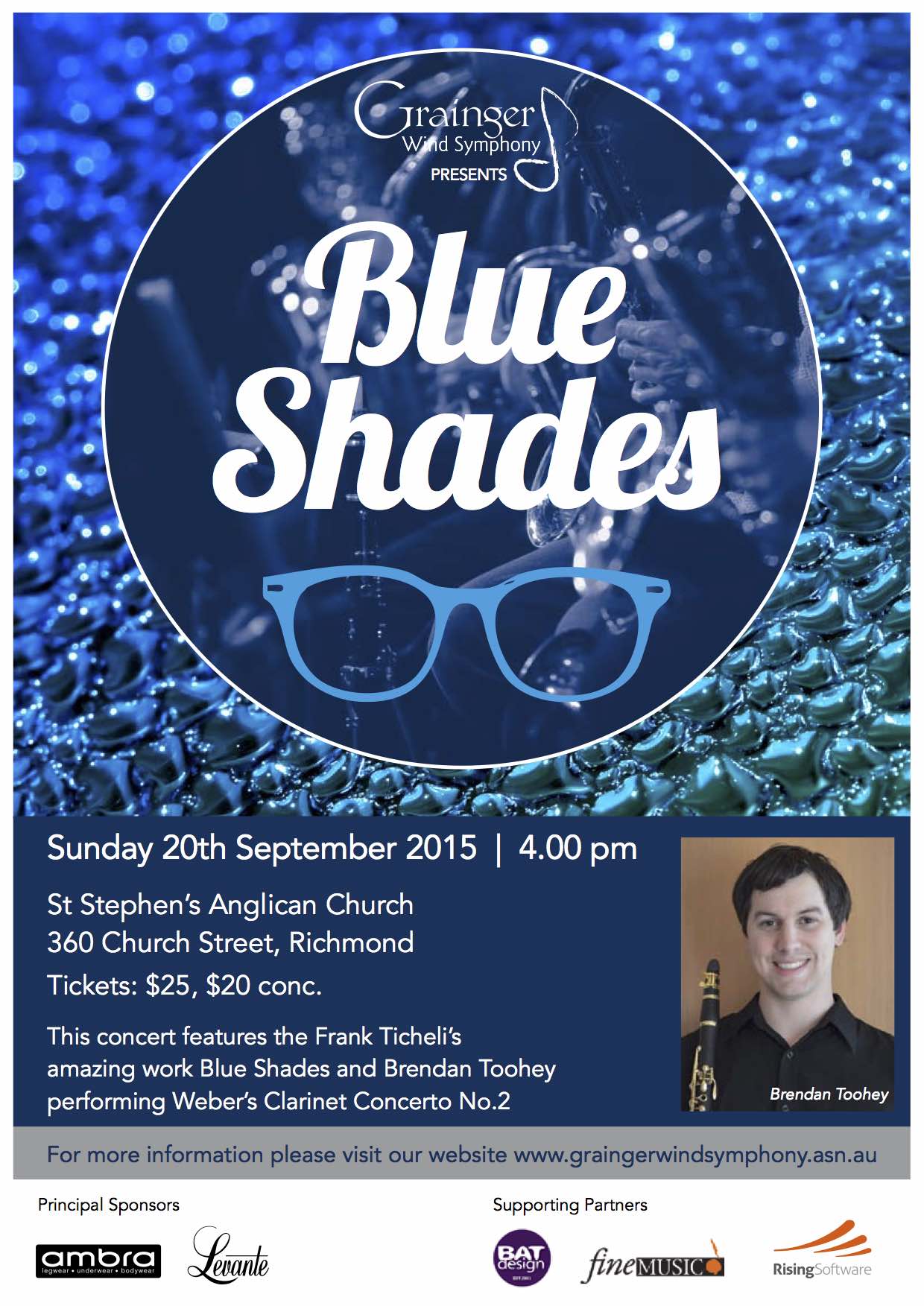 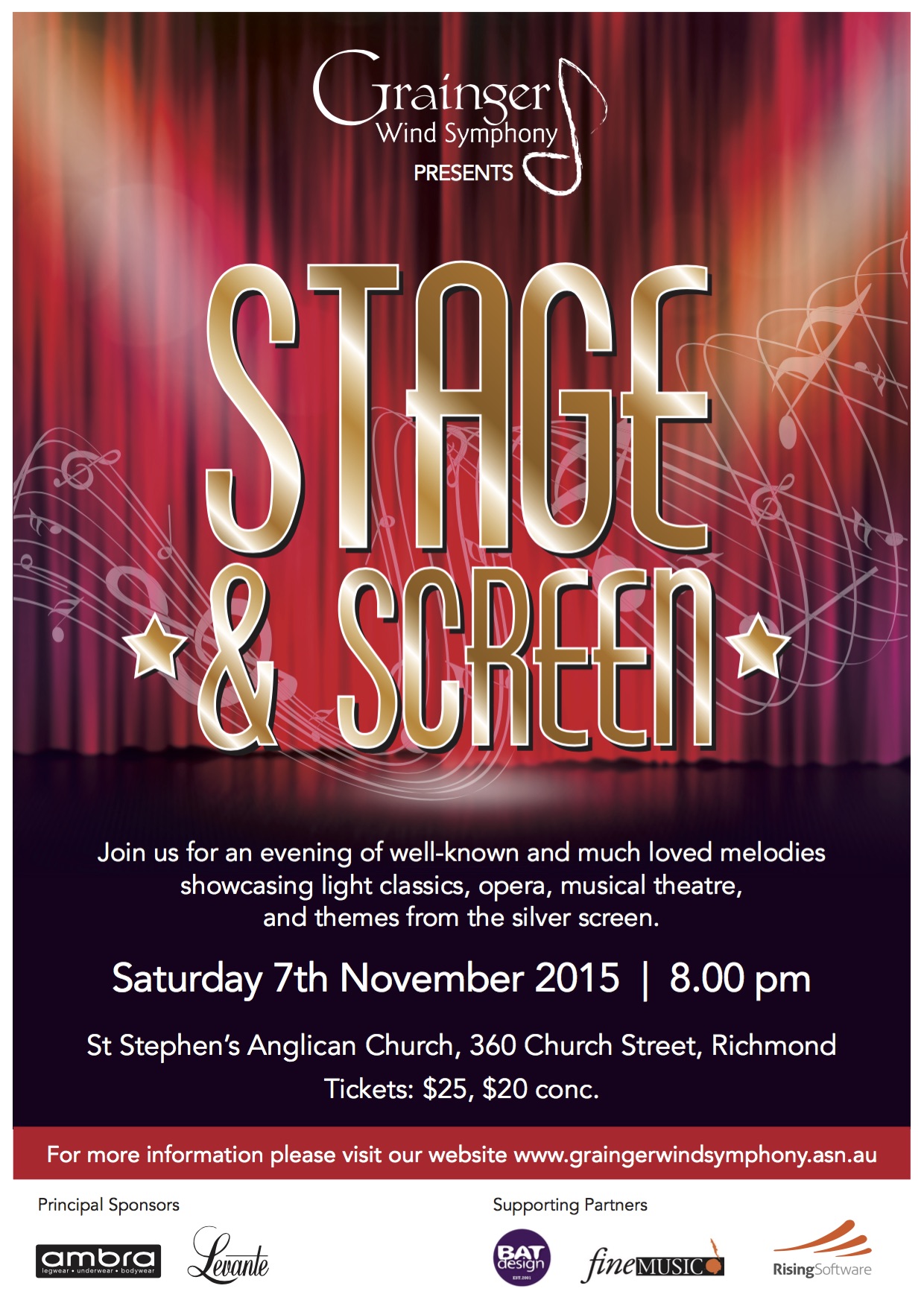 This concert features music that is Made in Australia.

The composers of published works performed are:
David Stanhope
Brian Hogg
Percy Grainger
Peter Sculthorpe
and a transcription of work by Swedish composer Jan Sanstrom arranged by Per Forsberg our tuba soloist.

Two works were premieres in Australia:

The Settlers by Nathan Glenn, a young Melbourne composer
and
Concertino for solo tuba and concert band by Andrew Batterham, a well established composer based in Melbourne.

The program includes the following works

The program of The Grainger Wind Symphony includes

Solo items from members of the wind symphony

The program includes these traditional last night at the proms works:

Come dressed in your best of British regalia, be ready to sing heartily and join in the fun.
​
Guest artists